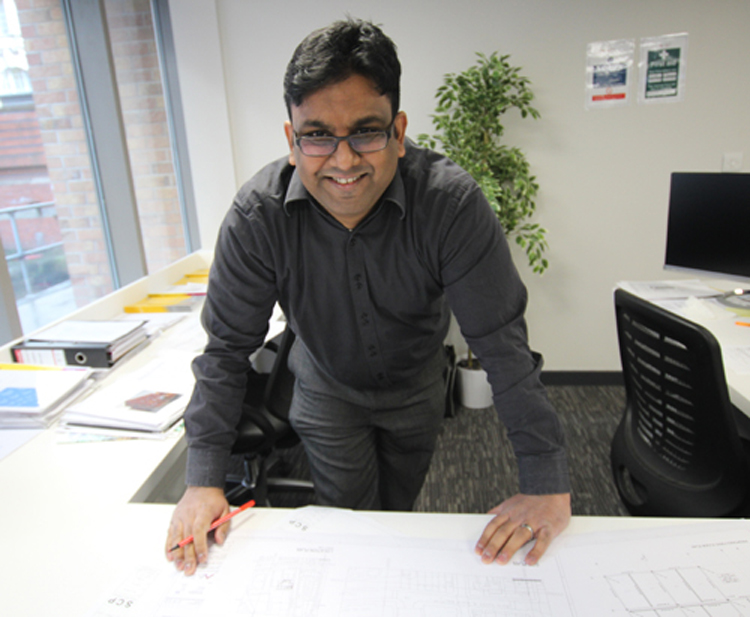 Abdel is an established Architect with an international reputation for achieving the highest standards in both the design and technical delivery of award winning Residential, Commercial, Retail, Residential Mixed-Use and Sports projects.

He approaches each project as a unique opportunity to explore ideas of physical and social context, program, sustainability, space, and object making. He is foremost interested in creating Architecture that will positively redefine and enhance its environment whilst exceeding his client’s expectations and addressing the specific needs of the people who will ultimately use the buildings. In his international work he brings an innovative sensitivity to place; the cultural context, where he explores contemporary solutions against traditional and historical precedents. Abdel’s design talents were nurtured from an early stage of his career through his close working relationship with Sir Colin Stansfield Smith and John Pardey at the University of Portsmouth.

At Skidmore, Owings & Merrill (2000-2004), Abdel was responsible for delivering detail design solutions for landmark British Land commercial and retail projects as well as design and technical delivery responsibility on high end residential projects for Ballymore Properties Ltd. Abdel also played a leading role in the development and implementation of SOM’s CAD Standards and Procedures, making him a leader in delivering Architectural projects with world class standards in efficiency, consistency and quality. At SOM Abdel worked on the design of projects such as the New Nato Headquarters (Brussels), Ascott Racecource (UK), Campolide Parque (Portugal) and Edificio Portico (Spain) alongside renowned Architectural Designers Michel Mossessian and Larry Oltmanns.

Whilst at Michael Aukett Architects (2004-2005) Abdel worked on the design and technical delivery of major mixed-use projects alongside Stirling Prize winners Michael Aukett and Ken Simms.

Abdel spent 6 years in London working on Residential, Residential Mixed-Use and Commercial/Retail projects, establishing a reputation for excellence in these fields of Architecture.

At AFL (2006-2013) Abdel was, for 7 years, a key member of the sports team working closely with clients on the design and with consultant teams on the technical delivery of various sporting venues. He was also responsible for establishing and overseeing AFL’s CAD Standards and procedures along with the implementation of BIM. Abdel’s continued work with the clients listed below, helped establish his reputation as one of the U.K’s leading Sports designers: